Why educate a girl?

In most families, if there is a choice of who to send to school, the son will go before the daughter. According to a 2009 statistic from UNESCO, only 41% of enrolled female students finish the last year in primary schools and only 30% enrolled in secondary education.

Some of the reason girls drop out of school around this age are to tend herds, care for younger siblings or obtain jobs to make money for their families. Some of these jobs can put these girls in danger of being offered money for unhealthy things like sex. Girls are also given in marriage by their families at times, or become sexually active and contract AIDS/HIV. In rural areas, young girls are often kidnapped for wives by men from other villages and never seen by their families again.

Studies have shown that in sub-Saharan Africa, girls who stay in school are less likely to get HIV/AIDS, will marry at an older age (and thus be better prepared for the responsibilities of being a mother, rather than passing poverty on to a child with a teenage mother), and are more likely to improve the lives of their children than comparably educated men.

Attending a private school is extremely important for students in Ethiopia. The college curriculum is in English, including the entrance exams. Ethiopian students must pass their 8th grade exam to continue on to high school and then pass another exam in 10th grade; both exams are in English. English is not taught in most government schools until 6th or 7th grade. In private schools, students start learning English in kindergarten. Besides the advantage of English in school, the teachers receive better pay in the private schools, so the brightest and most talented teachers teach in the private schools. The drop out rate for students, especially young girls, is much lower in private schools than in the government schools.
Mr Fitsum, our in-country director looks for bright, motivated students from the government schools that he thinks would excel in one of our COEEF partner schools. He also finds students from our partner schools that have been dropped from school because they can no longer afford the school fees, often due to the death of a parent or grandparent, sickness or loss of job. When Mr. Fitsum finds a student the he feels would benefit from COEEF, he interviews the student and their parent or guardian, and lets them know that they are expected to take school seriously with the goal of attending a college or university.

5% cost to run a business in USA 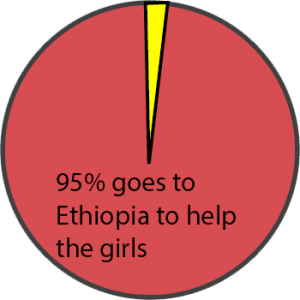 How your sponsorship money is used for COEEF students

Only 6% of money raised is used for fundraising

How to sponsor
Sponsor Stories
Girls who need a Sponsor 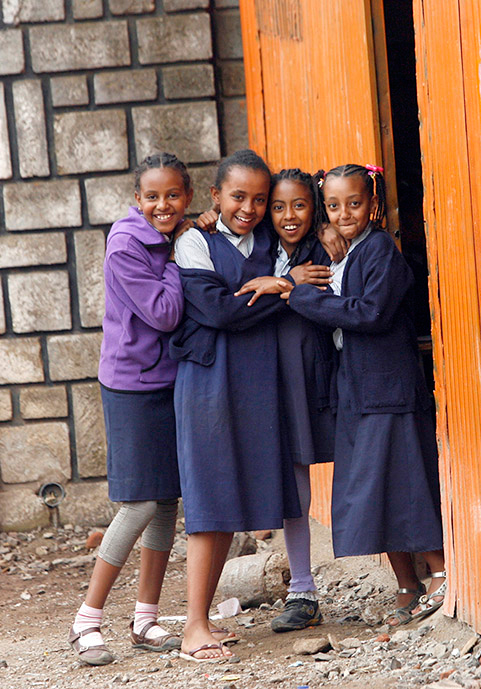